Hands down. This is the best Turkish restaurant, I've ever been to. They have the best pide and lamacun of all times. My boyfriend and me usually have a butter cheese pide and a large lamacun together for only about 10€. 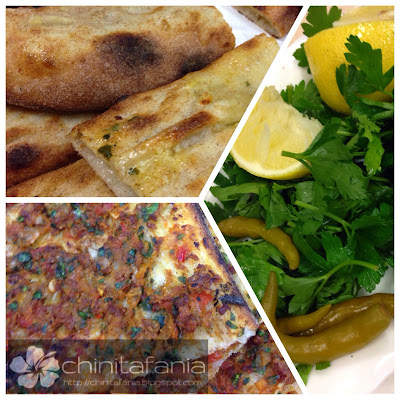 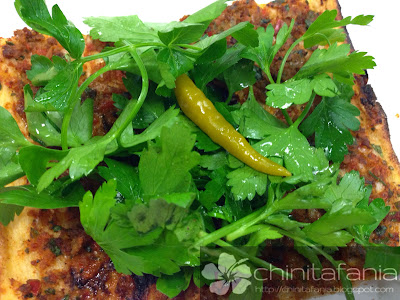 The only downfall is that the restaurant just doesn't look too nice. But it's always crowded. So the owners probably don't really care if it looks appealing from the interior design aspect.

But let me tell you something... Most restaurant that look really stylish have a bad chef who can make tasteless stuff but makes it look really beautiful. This restaurant is exactly the opposite. It might not look too special but the food is amazing. The best thing is the stone oven. It is huge! Three men work altogether. Everything is soooo delicious. So if you're in Mannheim, go visit and see for yourself. The dishes are very affordable. Most dishes cost about 5€.

Last Friday was my company's Xmas party. It's a chic event where almost everybody is dressed up. I like to dress up but I try not to go over the top as well. I think I managed that quite ok. I got many compliments on the party without showing too much skin.
The black dress is from H&M. It is quite comfy, a little loose to allow for a great dinner. The leopard peeptoes are from a cheap Turkish store in Mannheim. I don't quite remember what the name of the store was but they were only 15€ and they are the most beautiful and comfortable I could imagine. I have much pricier shoes that don't even come close. The jewelry is from the Dominican Republic << click >>.

My makeup is quite simple. There is not much to say. I should have taken the big camera anyway but I always forget... The lipstick is Mac's Russian Red. The perfect matte red. I absolutely adore the color and it lasts forever!
This is my hair. I bought one of these huge hair donuts from H&M. Maybe, I'll show you another tutorial how to do it. I love the clean and elegant look of hair buns. This thing is perfect. It just didn't stay up because I forgot to put bobby pins. My hair is just too sleek for any hairdos. 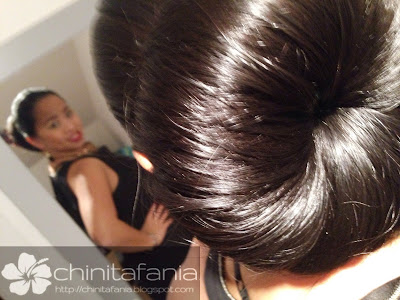 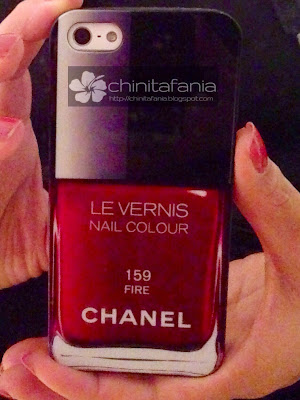 Sorry for the bad image quality. The last thing I think about when getting ready is to take pictures with my DSLR.

Posted by Chinitafania at 5:50 PM No comments:

I know, it's been awhile. I'm just not able to maintain a regular schedule like other people. But who cares. It's not like, I need to justify anything as it is my own blog anyway. I also want to write things down for myself to be able to remember. 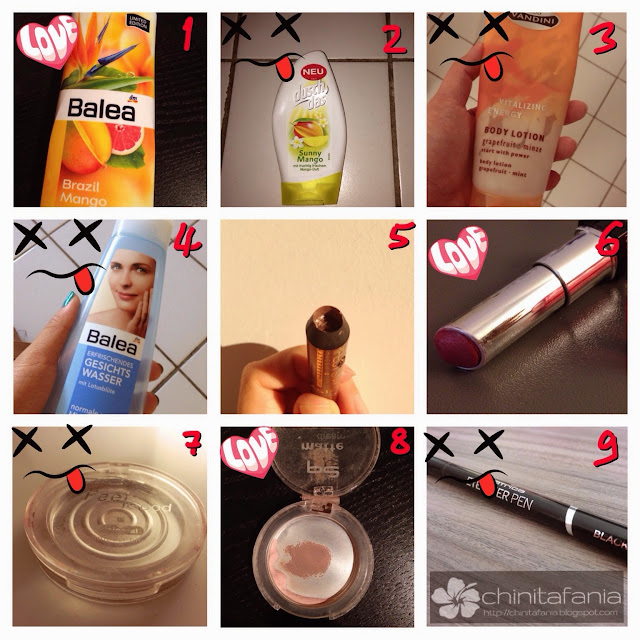 I'm a sucker for mango products. One of my favorite fruits in the world. I rarely buy them in Germany because they don't grow here. Thus any mango in store is picked before its time. But in Taiwan that's a different thing. When I'm in Taiwan during mango season, I need to eat one a day. Sometimes even more ;-)

Posted by Chinitafania at 9:51 PM No comments:

As I mentioned earlier, I went to Berlin on a conference. It was my first time in Berlin. And although I needed to work, I fell in love with this city. 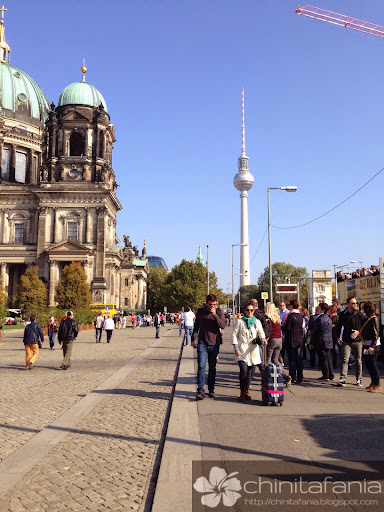 It wasn't love at first sight because my hotel was in a street which was more or less under construction. Thus it was a little dirty and smelt like rotten eggs. 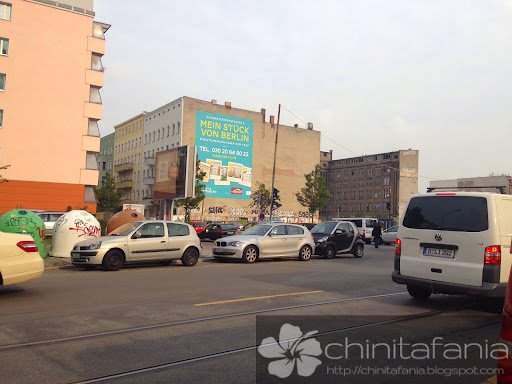 But other than that the hotel was actually quite nice:

It doesn't look that special from the outside but there's actually a part of the Berlin Wall outside the hotel. 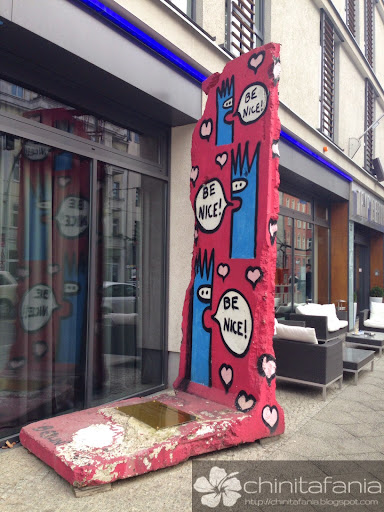 The inside wasn't so bad either. Nothing too special but everything's quite new and clean and it has air conditioning. 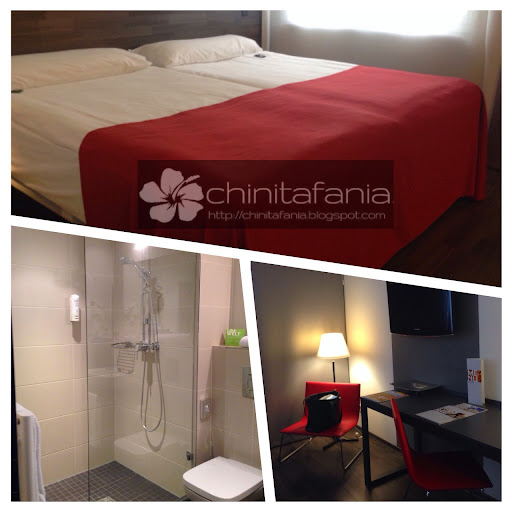 On the German National Day we went on a boat trip on the Spree. It was night, not too cold but it was awesome. We saw the Festival of Lights around the Bundestag and the museum's island. On my last day I went for a walk passing all these beautiful huge buildings. I think it will be a hell of a city, when the constructions are finished. 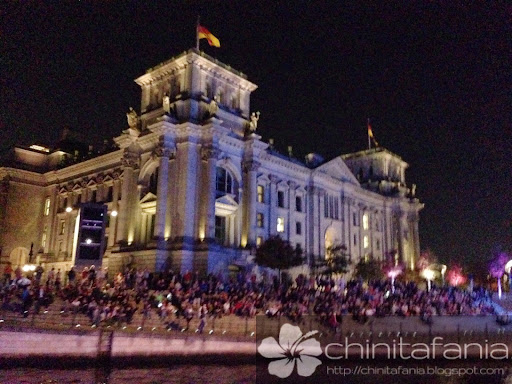 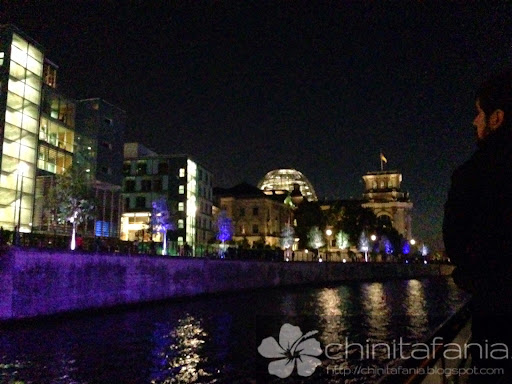 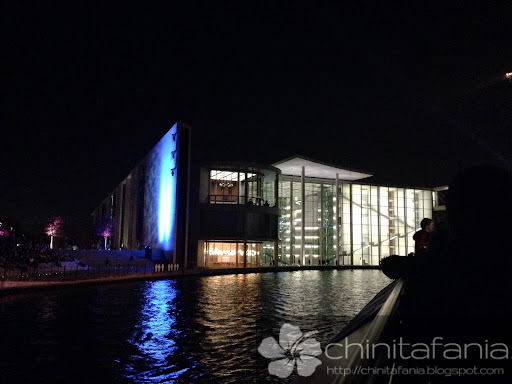 I also went shopping in Lafayette. That was actually quite impressive. Everything is so beautiful inside... AND I finally found a winter jacket. I've wanted to buy one for the longest time. I've hunted it for more than a year already. 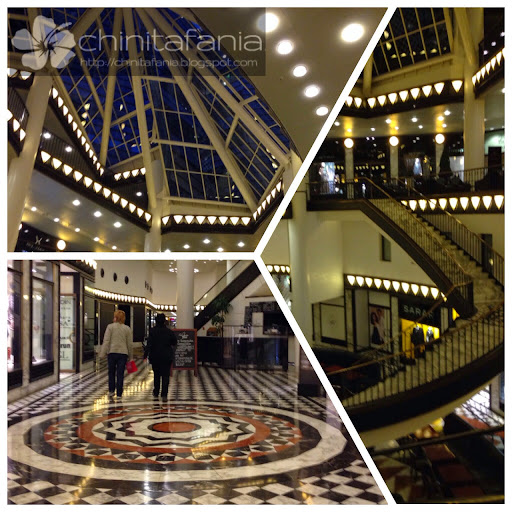 There's so much more to Berlin which I haven't seen to due work but I will definitely come back another time to visit the museums and the Bundestag. I once met a politician at a lecture about energy savings who invited me but I can't quite remember in whose party he was. Funny thing though, it was another student's dad who I've known from college.

Anyway, it's worth a week's trip.

Posted by Chinitafania at 11:55 PM No comments:

Life is what happens while you're making plans.

September was my vacation month. It was amazing. Who wouldn't love it? And it was truly relaxing... When I was back at the office, everyone told me so too.
Since I'm back, I'm trying to catch up on work. This week-end is the first week-end without any plans since I'm back.
The first week-end I spent with my goddaughter and her baptism. How do you parents handle all that? I don't find it relaxing at all. It's fun, sure. That little girl is so cute and precious but I'm glad I don't take care of her every day... I guess I'm not ready to have babies yet...
Last week I went to Berlin to join a conference. Sunday I came back. Yes, even on the German national holiday I worked. Monday I went to France and Tuesday I came back. My parents came over spontaneously but I only saw them Sunday evening. Of course I was deadly tired from my trip and the next morning was short as I had to leave for work.
Conferences are a funny thing... I've joined a couple in my scientific life but I never saw the other side. This was the first conference as a host. And it's even more exhausting than as a guest. You have to be the first in the morning and the last in the evening. Always being nice, making conversation, meeting new people, making them feel welcome. Even dinner is work. No matter how great the food is and how much you like your colleagues, it's still exhausting.
I'm really glad I don't work in sales... It would drive me nuts. My home would be a mess, I wouldn't do any sports or have any friends. Finding balance is important. That's why this week-end it's just my boyfriend and me enjoying our free time together.
Posted by Chinitafania at 11:08 PM No comments:

Chinitafania
Germany
My boyfriend gave me the nickname Chinita because I'm a GBC (German born Chinese) ^-^ I love shopping, makeup, fashion, beauty, dancing, and traveling. Thanks to my job in clinical research I get to travel quite a bit. Since I've started last year, I still need to get the hang of balancing work and private life...